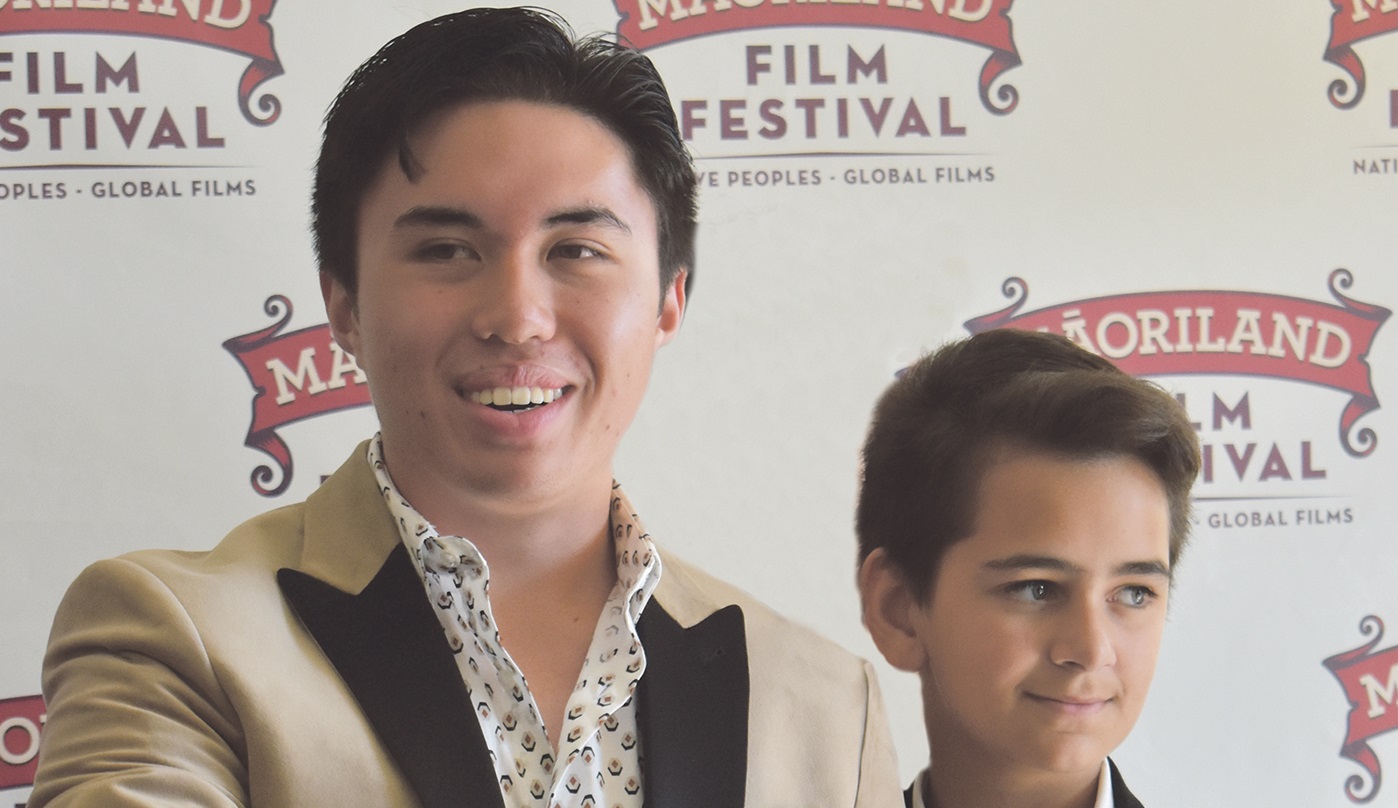 A prize pool of $3500 was awarded at the Māoriland Film Festival for six short films created by some of Aotearoa’s youngest film-makers.

The prize-giving at the Memorial Hall on March 26 also provided an opportunity for a premiere of the films that won the sixth annual E Tū Whānau Film Challenge, which is open to rangatahi aged 12-24.

The top prize and $1000 for film-maker of the year went to Waka Wikaire James, a year 13 student at King’s College in Auckland, with For My Brother. Five other films received awards and $500 prize money each. Ngato Zharnaye Livingstone, a student at the Auckland University of Technology, won the best editing category for Think Peace; best performance was by Turanga Mahutonga (who now lives in Ōtaki) in Late; best use of theme was Home – Kaitaia; best drama film was Luckiest Man in the World; and best documentary was Te Aumangea by Te Kura Kaupapa Māori o Wairarapa.

Late was filmed in Ōtaki, as was Luckiest Man in the World, which was created by a mix of local and out-of-town rangatahi.

Waka Wikaire James has a strong pedigree in film-making. His mother, Melissa Wikaire, and father Neil James have worked on several television productions and films. Melissa went on to become a commissioner for Māori Television before she died in 2013. Waka said after the awards that For My Brother was created from a real-life reconnection between himself and his older brother, who had moved away from home.

“It was brought to my attention after my Mum died that I had become distant from my brother,” he said. “We managed to rekindle the relationship – it’s a new relationship.”

All the films were made at a series of Māoriland rangatahi-led film-making workshops held throughout Aotearoa during 2020. Each film is up to five minutes long and responds in some way to one of the E TU Whānau’s values – aroha, whakapapa, whanaungatanga, kōrero awhi, tikanga and mana manaaki.

E Tū Whānau says it has supported the Māoriland Film Festival since its inception because it shares the Māoriland Charitable Trust’s desire to give Māori youth access to the tools and skills to create their own stories.

+ Text Size -
Do NOT follow this link or you will be banned from the site! Original generation time 2.0296 seconds. Cache Loaded in: 0.0270 seconds.