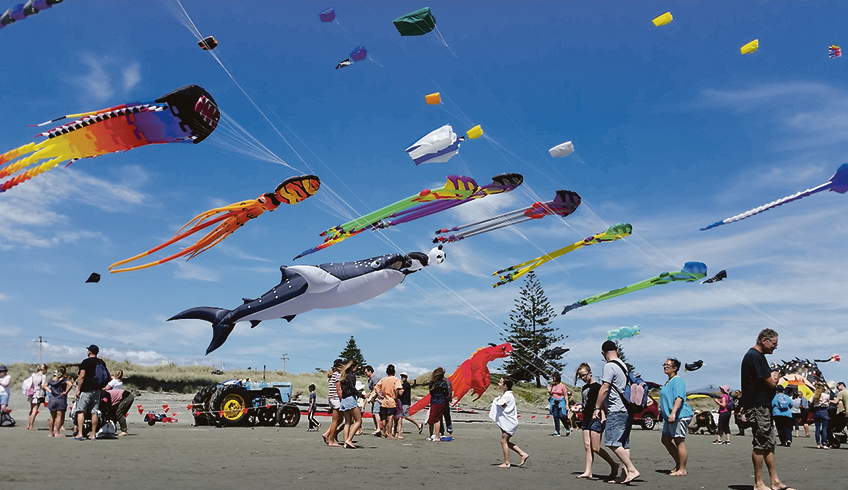 Aiming to bring something new every time to the Ōtaki Kite Festival, organisers have this year  enticed a clutch of overseas flyers.

On a national tour of kite venues, flyers from Germany, the Netherlands, United States, England and Australia will bring an array of kites never before seen in New Zealand.

They include the fantastic big kites of Germany’s Andreas Fischbacher (see him with his manta ray kite at right). Andreas has become renowned as one of the world’s leading show kite designers, even though he is only in his mid-20s.

He says he was inspired at an early age partly by reading about Peter Lynn of Ashburton. The Peter Lynn show kites have been a feature at Ōtaki since the first festival in 2013. They have included huge kites depicting whales, stingrays, horses, octopuses and more – usually the first kites visitors see as they drive along Tasman Road to the beach venue.

Returning after a break of three years is Robert Brasington of Tasmania. Robert has designed and built a huge range of kites over the years, and promises to bring many of them to Ōtaki, including many new designs.

Many of New Zealand’s top kite flyers and designers will also return, with 13 confirming at press time. They see Ōtaki Beach as one of the bests venues in the country for flying kites.