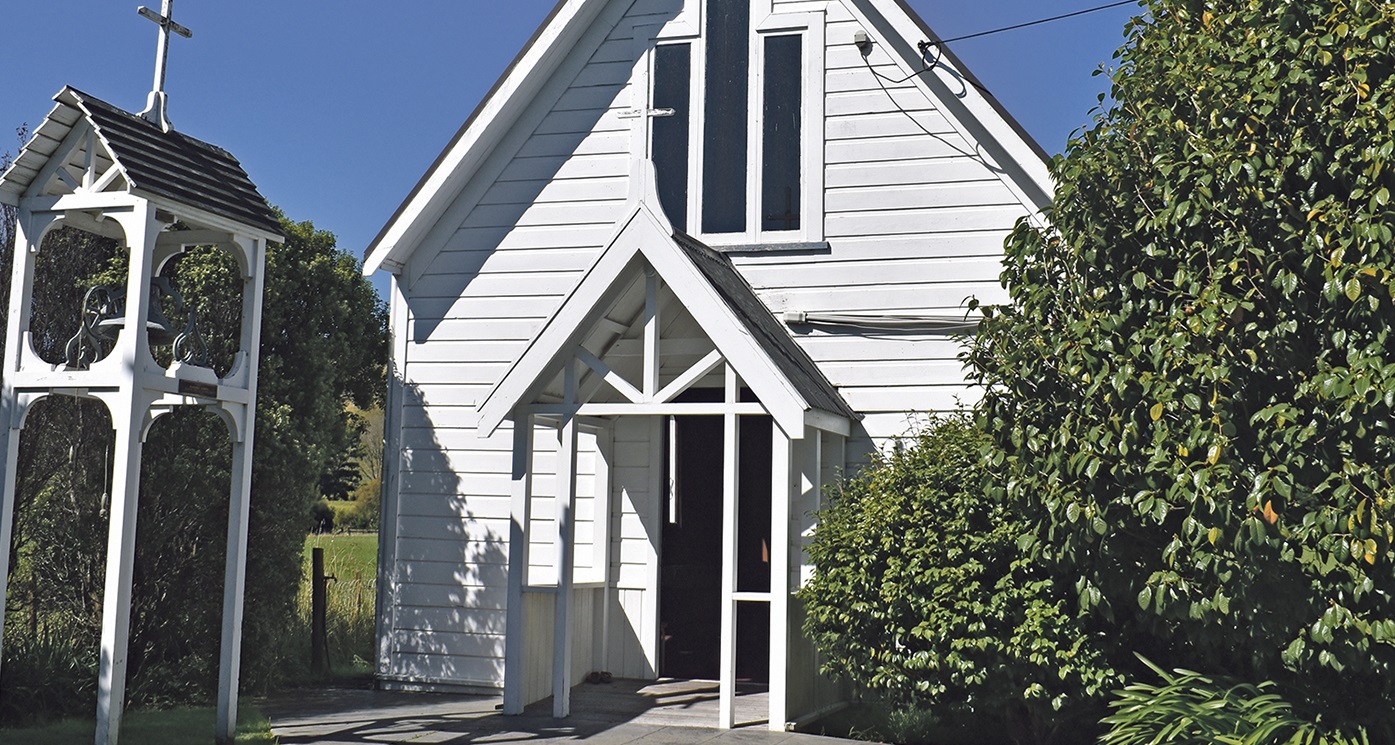 The historic St Andrew’s Church at Manakau is likely to close.

At the Anglican Parish of Ōtaki AGM on March 21, a motion was passed unanimously to close the church and subdivide the land at St Andrew’s into two parcels. One parcel would contain the church area, the second a paddock for possible use or sale.

A final decision on the church’s future would be made by the Anglican Diocese of Wellington.

The church has had dwindling attendance in recent years, and there’s been pressure on parish finances to find money to maintain the property.

The AGM motion proposed that a trust or similar entity be established so the church could continue to be used as a community church, “whilst its heritage and character are preserved for generations to come”.

The paddock would continue to be held by the Anglican Diocese Board of Trustees with possible re-sale or development options.

“If the land is unable to be subdivided, then the entire block will be considered for re-sale or development purposes,” the motion noted.

A sale would pave the way for a trust to be established that would work to secure the church permanently for the community. The process would likely take some time to implement, is subject to gaining approval to subdivide and the diocese accepting the recommendation from the parish.

A community meeting at the church in September last year heard from minister Simon Falconer and vestry members that property maintenance costs and dwindling numbers of attendees at St Andrew’s called into question the future of the church.

At the same time, Manakau and Waikawa Beach residents said they were committed to the church and to its continued maintenance.

The vestry reported back to a community meeting at the church on March 17 this year. At that meeting, the vestry said it had been considering how to balance the needs of the parish with the wishes of the locals. That led to the motion put to the parish AGM and a recommendation to the Wellington Diocese.

The Anglican-Methodist Parish of Otaki has three centres: St Andrew’s at Manakau, All Saints’ in Ōtaki and St Margaret’s at Te Horo.

St Andrews was opened on December 23, 1894. It was designed by acclaimed architect Frederick de Jersey Clere and diocesan architects, and built from local timber by Charles Nees to accommodate up to 80 people. Charles also built the Manakau Hotel, St Stephen’s Church at Kuku, Ōtaki’s Cottage Hospital and several other notable buildings.

The adjoining Sunday school hall was removed from the site and relocated to Manakau School in 1995.

+ Text Size -
Do NOT follow this link or you will be banned from the site! Original generation time 2.3499 seconds. Cache Loaded in: 0.0347 seconds.