Encapsulating the heart of our town, a new identity for Ōtaki was revealed at an Elevate Ōtaki launch function on Friday night (August 7). 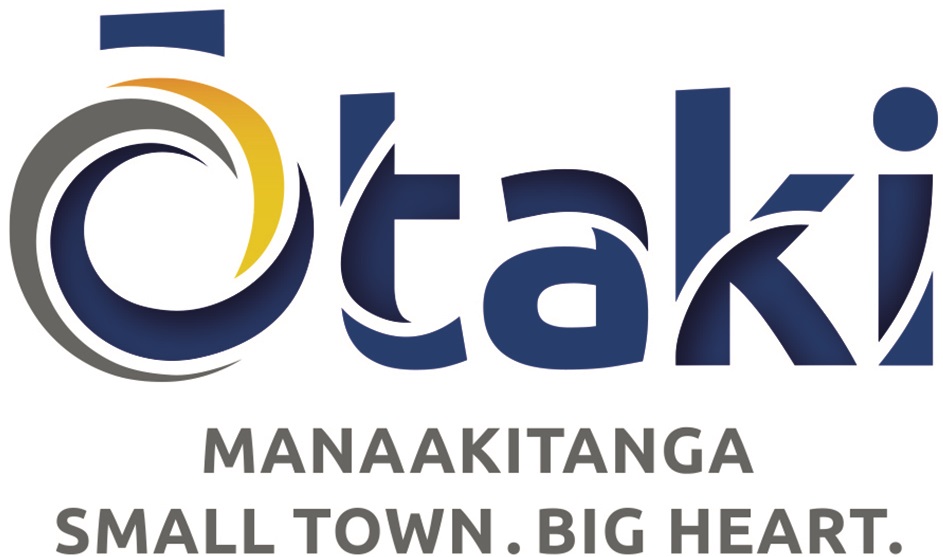 Along with a bright new “Ōtaki” logo (as below), also revealed was a plan for big photographic artwork to be installed on buildings around the town and the highway area. They depict people and whānau in the community in ways that show the diversity of our people, businesses, attractions and activities. The art installation is supported by a digital campaign with storytelling and social engagement.

The logo incorporates key elements of the town and district – the strong Māori influence with its burgeoning te reo, its three rivers that form the swirls of the “O”, and its history of hospitality to travellers and newcomers.

It recognises that Ōtaki is a unique, small coastal town framed by its rivers, the wild Tasman Sea and the rugged Tararua Ranges.

“Our town has a long history of offering hospitality to those who have settled here or those passing through. This manaakitanga is deeply ingrained within our town’s beliefs,” says Elevate Ōtaki chair James Cootes.

Incorporated under the logo are the words “Manaakitanga – Small town, big heart”.

The new identity is part of a wider project to reaffirm Ōtaki as a thriving community with a cultural centre and a destination retail hub by sharing stories of the town’s people, history and character, including its success with Māori language revitalisation.

“We know we live in a unique, storied landscape and we wanted to share this widely,” says Elevate Ōtaki member Libby Hakaraia.

The bilingual campaign reflects Ōtaki as a town where Māori is heard widely due in part to it being the location of New Zealand’s first Māori university, Te Wānanga o Raukawa.

Elevate Ōtaki member Angela Buswell says values and a sense of purpose for Ōtaki are some of the main drivers behind the project, especially in light of recent world events.

“Our world has changed. Values of diversity and inclusion are more important than ever and through these stories, Ōtaki is saying proudly, this is what we stand for.”

Angela says supporting the town’s loyal retail sector was also a vital component, with the roading changes putting pressure on businesses even before Covid-19 hit.

“A lot of key relationships and connections have been formed or uncovered through the project, through a willingness to collaborate between business, community and local government.”

The Elevate Ōtaki project is funded jointly by KCDC and Waka Kotahi NZTA, and is the culmination of a series of community consultations including public and stakeholder meetings and engagement, preview feedback, and social media engagement and polling.

The logo and identity statement was developed by former Ōtaki local Fraser Carson and the project co-ordinated by Kāpiti-based Talk Creative.

The logo is available for general use. Use guidelines are at: elevateotaki.nz/logo

+ Text Size -
Do NOT follow this link or you will be banned from the site! Original generation time 1.8784 seconds. Cache Loaded in: 0.0005 seconds.