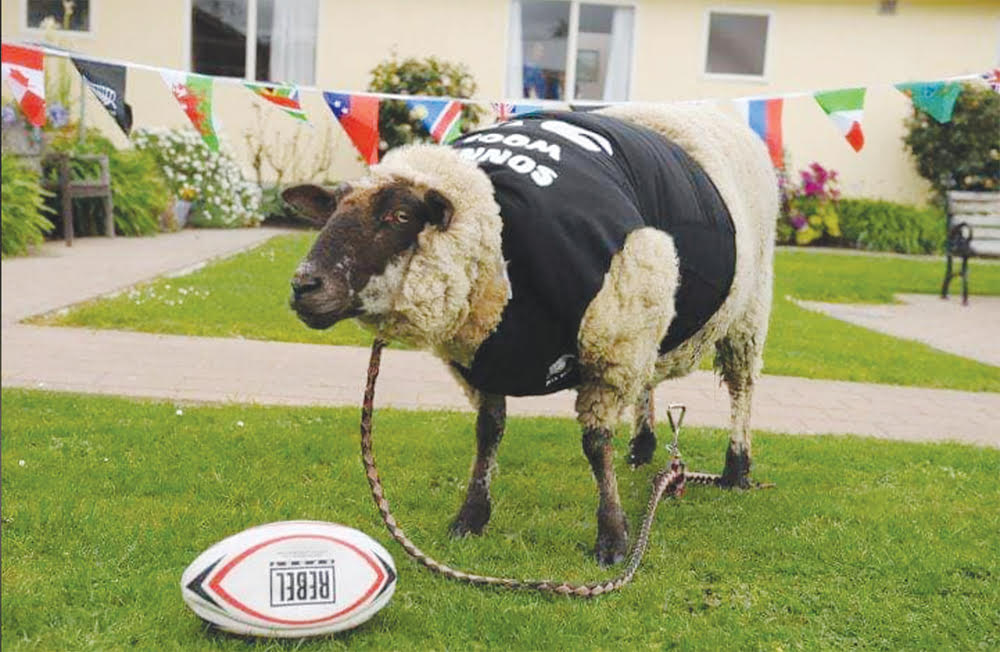 Sonny Wool, the psychic sheep of the 2011 Rugby World Cup, has baa’d his last.

Sonny (named after rugby star Sonny Bill Williams) died on November 1 in the arms of Farmer Bee (Beverley Dowling) at Manakau, in his favourite olive grove with his rugby ball beside him.

He was born and orphaned in Dannevirke before he joined Beverley’s Zippity Zoo, a mobile farm petting zoo.  It was Sonny’s uncanny psychic ability that made him famous. He was known to predict rain, so in 2011 he was put to the test predicting All Blacks rugby matches by choosing hay from boxes adorned with the flags of competing nations. His talent was recognised with many appearances in media worldwide, sporting his No 23 All Blacks jersey. He had his own Facebook and Twitter accounts.

After retiring to the paddocks of Manakau, he tried predicting the sex of babies, and election results, but Beverley says All Blacks remained “his thing”.

“He was always a huge character, loved scratches and was always the first to say hi in the morning as he resided most of this year by the house,” Beverley says.

+ Text Size -
Do NOT follow this link or you will be banned from the site! Original generation time 0.1626 seconds.