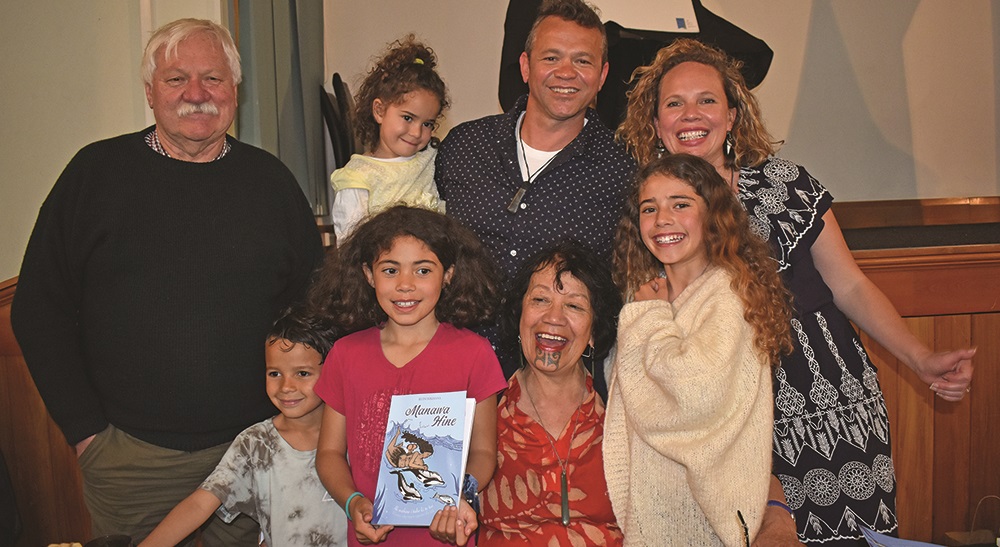 A book originally published in English in 2006 by Ōtaki author and journalist Queenie Rikihana-Hyland has been re-published in te reo Māori.

The new version of Manawa Hine was launched on Monday (December 7) to a large crowd of whānau, friends and contributors at Te Wānanga o Raukawa’s Te Ara a Tāwhaki lecture theatre.

“I’ve always wanted to see it in te reo, because the stories are about strong Māori women,” she says.

Manawa Hine tells the stories of four young women – none more than 25 years old – who had to overcome seemingly insurmountable challenges to survive. And all the stories involve swimming in the sea.

Queenie say the book is “faction” – part fact, part fiction. She knows the true elements of the stories, but she felt the instinct to write what was not known from her heart, as if her tipuna were speaking to her.

The book has been translated from English by Ani Makaere, who teaches Māori law and philosophy at Te Wānanga o Raukawa. It’s illustrated by Levin artist Sarah Wairau.

The book is available from Te Wånanga o Raukawa and online at wanganga.com

+ Text Size -
Do NOT follow this link or you will be banned from the site! Original generation time 1.7982 seconds. Cache Loaded in: 0.0596 seconds.